Meet the herd of Mustangs who teach and heal in Tapestry’s Horse-Human Relationship Program. We relate to horses within Indigenous worldview, which permits them to exercise powerful agency in their interactions with human beings. You’ll quickly learn what a difference this makes when you interact with these horses during a Tapestry program. We gentle all the Mustangs we adopt so they can be handled for grooming, hoof and medical care, and transport in an emergency, but we train very few of them to ride because that’s not the focus of their particular mission.* The next Mustangs we adopt and gentle will be weanlings or yearlings, but once we are able to construct an area with suitable fencing on the property we purchase for our programs, we will be able to adopt older Mustangs as well.

Tapestry’s Mustang partners are listed below from eldest to youngest, to the best of our knowledge. Each horse has areas of healing or teaching in which they specialize, and not every horse engages with every type of person. 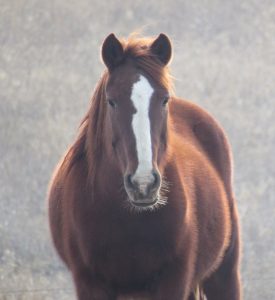 Isuba is a Paiute pony thought to be about 25 years of age. Isuba is a pretty private individual who’s very selective about who she chooses to be with. She comes from a background of abuse but by having the time to simply be a horse in our herd, she has come a long way in her healing. If she feels comfortable with you, she will let you give her neck scratches. And she just might greet you with a friendly nicker. 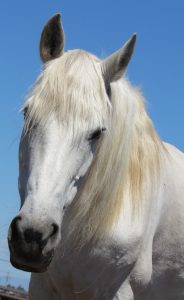 Annie is a Mustang from the Salt Wells HMA, captured wild as a foal. She’s about 14 years old and is the lead mare of the herd. She was named after Wild Horse Annie, aka Velma Johnston, whose activism in the 1960s and 1970s saved the wild Mustangs from extinction and led to the passage of the Wild and Free-Roaming Horses and Burros Act of 1971. 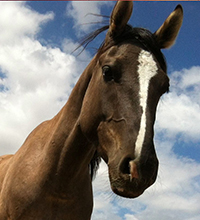 Talaka is a Mustang who was bred domestically on a ranch in Nebraska. He is about 12 years old. He is as sweet as he is beautiful. He captures most people’s eye because of his distinctive grulla coloring, which includes a stripe down his back and stripes on his legs. He has given lessons to fearful riders and loves to interact with people. 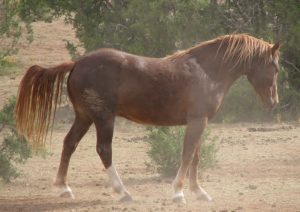 Aubrey is a Mustang who was born at Tapestry’s ranch facility in 2006. His mother was a wild-caught Mustang from the Salt Wells HMA who was pregnant when rounded up and considered too old for successful gentling. Tapestry adopted and homed her, and she was sponsored by Keely and Pierce Brosnan through a Horse-Human Relationship Program called the Mustang Freedom Project. He is 12 years old. 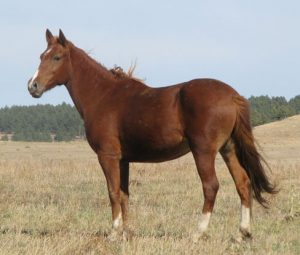 Lightning is a Mustang mare caught wild in the Sheldon National Forest. Her age is unknown but probably about 12 years. Lightning was very reserved and wary when she first came to us, and still quietly observes everyone and everything before giving her trust. This turns out to have made her one of the most perceptive healers in the herd. 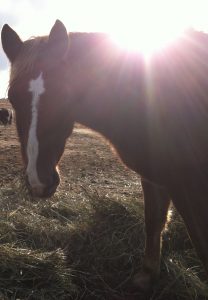 Dancer is a Mustang mare caught wild in the Sheldon National Forest, along with Lightning. Her age is unknown but probably also about 12 years. Dancer has the most enthusiastic and adventurous spirit of any horse in the herd. She is usually the first to happily greet newcomers to the paddock, and she will try almost any novel experience with real delight. 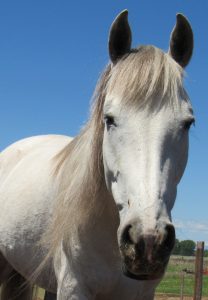 Reboot is a Mustang bred by natural accident at Tapestry’s ranch, the offspring of Annie and Aubrey — who was only 15 months old at the time and supposedly not yet capable of breeding! (Mustang colts get kicked out of their natal band around the age of 2.) She is very smart and beautiful and also extremely calm. Someone once offered to purchase her simply on the basis of her calmness in a trailer when another horse was acting up. She is 11 years old. 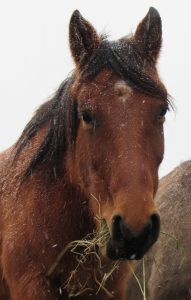 D’Artagnan is the son of a Mustang mare who was rounded up by the Bureau of Land Management (BLM), and his father was reputedly a Quarter Horse. He absolutely loves people, and his favorite game is to pull a glove or a brush out of someone’s back pocket. He is very curious and will stand around and watch while another horse is being brushed, petted, or otherwise tended to. He is 11 years old.

*Tapestry does have a few riding horses and will acquire more in the future, but our priority at this time is adopting Mustangs as the BLM zeroes out a number of HMAs, paying special attention to individual horses that have a strong aptitude for working with people in our programs.

Click here to meet the horse partners who helped establish our programs but have since walked on.