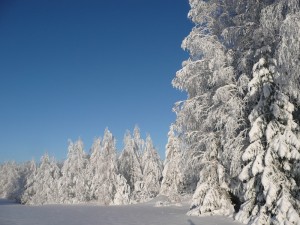 Important Announcement to all Indigenous persons involved in Indigenous Knowledge as it pertains to climate change in any way:

Friend and Colleague Tero Mustonen of Snowchange in Finland has announced that submission statements about Indigenous Knowledge are being solicited for the next IPCC report. The call for statements, which may be found in its entirety here, begins:

“The importance and relevance of Indigenous Knowledge and Local Knowledge in responding to the challenge of anthropogenic climate change is recognized by policymakers and academics. The Intergovernmental Science-Policy Platform on Biodiversity and Ecosystem Services (IPBES) in itsrecent Global Assessment Report on Biodiversity and Ecosystems Services underscores the key contributions of Indigenous peoples and local communities to conservation and fostering of biodiversity. Although the Intergovernmental Panel on Climate Change (IPCC) acknowledges the importance of Indigenous Knowledge and Local Knowledge (IKLK), the inclusion of non-published IKLK remains beyond the scope of the Sixth Assessment Report. This request for submissions seeks contributions from Indigenous Peoples and Local Communities to the Global Report of Indigenous Knowledge and Local Knowledge on Climate Change 2020. We expect that this report will document, among other things, how holders of IKLK observe, forecast and respond to anthropogenic climate change. In doing so, the report will constitute an invaluable input to be considered in the Working Group II contribution to the IPCC Sixth Assessment Report.”

If you or your group wish to submit an Indigenous knowledge statement, the DEADLINE HAS BEEN CONTINUED to 15th OCTOBER. (Notice this an extension goes beyond the original deadline of May 31 posted in the linked document.)

Complete instructions for submission are on the Snowchange website linked above, but here is a brief overview:

“We invite all relevant stakeholders to contribute to the Indigenous and Local Knowledge Report 2020. Submissions are especially welcomed from Indigenous and local knowledge holders, organisations and communities. All submissions are following free, prior and informed consent (FPIC). Submissions will remain the intellectual property of the authors, but by submitting to this initiative, author(s) agree to share their contributions universally for the IndigenousKnowledgeand Local Knowledge Report 2020. We welcome 2-3 page submissions (max.2000 words) on all aspects of Indigenous Knowledge and Local Knowledge related to climate change. Submissions may include, but are not limited to, oral history, worldviews, observed changes, forecasts, impacts, responses, human and Indigenous rights, ecological restoration, conflict, equity issues, and so on. Submissions should include the location, community, and name(s) as well as communications details of the submitting entities and/or individuals. . . . All submissions should be sent via email to ilk2020ipcc@gmail.com (an email repository accessed only by the report editors). Information can be received from editors at tero.mustonen@snowchange.org.”

In a future trial to affix blame for the collapse of world culture that began in the year 2020, my two previous blog posts could be  “Exhibits A and B” for the prosecution. Because although I was responding to private requests to write something that would help people understand the ways Indigenous worldview could help people respond to a challenging time like this one, those two blog posts and the “memes” that were their centerpieces wound up expressing — smack dab center-fire — the very culture that’s causing the problem. Because as I wrote those words and started to share them, lots of people (not just one or two) told me, “It needs to be shorter,” and “It needs to grab people in one or two sentences,” and “It would be good if it was funny, or at least cute.” Those two previous posts were the results, and there were several more lined up to go out after them.

But I am not going to do that this time. I woke up at 2 o’clock in the morning and the realization of what I’d let happen with those posts was rising up inside me like the lava dome inside Mt. St. Helens. And it was every bit as hot, steaming with the power of the Land itself, molten and alive. So I am going to write words in response to what I have been asked, but I am not going to be dragged onto ground that people insist must be stood upon in order to communicate. I am going to stand my ground as a Native woman, and I am going to say what actually needs to be said. And if people refuse to hear it because it doesn’t have a funny picture with it, all I can say is: My god, if hard things cannot be heard at such a time as this, if no one can be bothered to sit down long enough to take in more than a sound bite or a funny picture . . . then we are done for. It’s that simple. Because it is this impatience that is going to kill you.

Yes: you. All of us with you, of course. But my understanding right now is that this doesn’t carry nearly the weight it should. So I tell you: it will kill you. Worse, it will kill your precious children and grandchildren. This is simply true, not a threat. It grieves me as much as it grieves you; I have no wish to see it happen. But I’m not the one insisting that the bad news can only be entertained if it’s literally also entertaining. And these deaths are not going to happen in some unimaginable future hundreds of years from now when you will be gone and not know about it. If you don’t sit down and pay attention and really change some things, these deaths will happen in your own lifetime, and be the thing that brings an end to that lifetime. And it won’t be a happy or peaceful end, either.

Now: I have not said we’re all doomed. I have said we’re all doomed if you don’t change your ways. And one of the most insidious of “your ways” is to insist that you only have time to read 200 characters (or whatever it is) and look at a quick picture and then be off to the next thing. I realize you’re busy. I realize you’re anxious right now, and distressed, and upset, and very stressed. Which is all the more reason to sit down, calm down, and knock it off.

Just stop. You can. I am 100% positive. Just stop and sit still for a while and you’ll see.

It’s the perfect time for it. In fact, the times demand it. In more ways than one.

–to be continued, tomorrow — Meanwhile, a word from our sponsor . . . 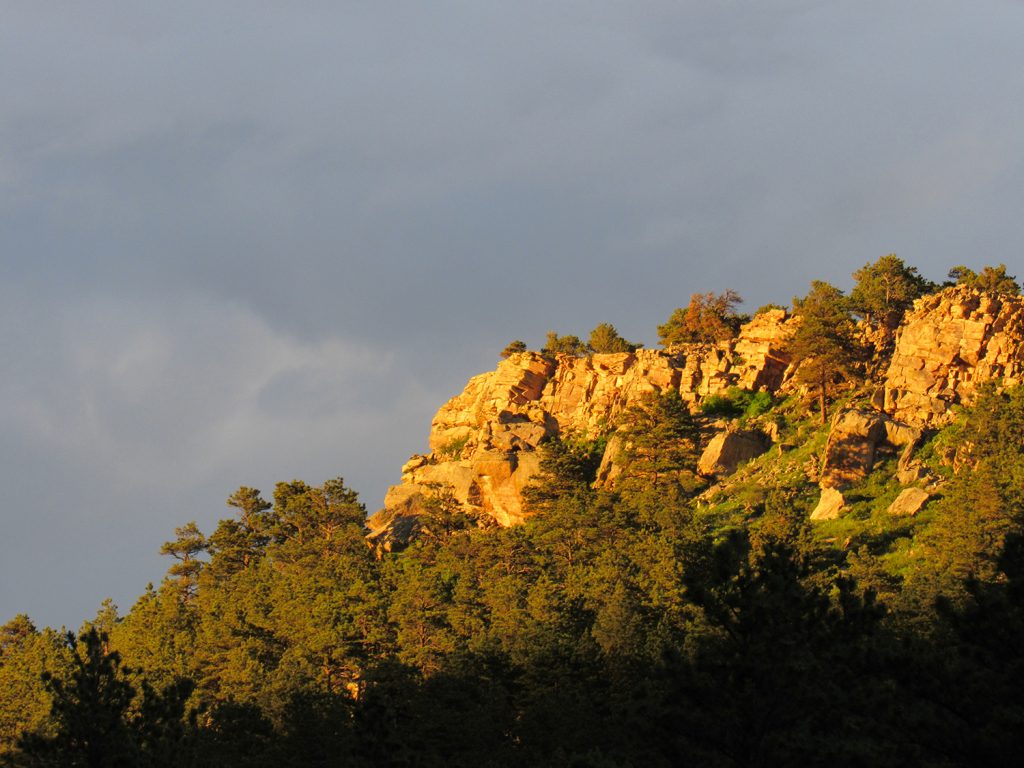 Last year, organizers for the 2016 meeting of the American Indigenous Research Association asked me to share my experience in science as a Native woman. As I started preparing the paper, which I delivered at the end of last month, I asked myself: “What do I wish I had known, going in, that could have prepared me for the hidden obstacles that face a Native person in science research?”

I decided it’s not the “how-to” of the concrete ways I applied Indigenous research methods to studies of plesiosaur and dinosaur locomotion, sabertooth jaw mechanics, and evolutionary theory. It wasn’t actually hard to apply Indigenous ways of knowing and learning to my work. Like many Indigenous people, I do it in my regular life. So of course I do it when I teach, and of course it’s how I approach my research. It’s second nature. I think all you have to do is open yourself up to it and it happens.

What I wish I had understood is how deeply Western science was going to resist my methods and how relentlessly it would try to change them. And I wish I’d known why. Because this is the key to realizing you can’t fix the problem. What looks like a stone you can dislodge with a bit of effort when you trip over it is actually the visible tip of a buried mountain.

You can read more about my thoughts and experiences in science as a Native woman in the published version of this presentation, “In Service to the Land: Indigenous Research Methods in the Natural Sciences,” which is now online in full format.

With those words, Shawna Ervin asked for help from Cisco, her horse partner in Tapestry’s Horse Ibachakali program. The way Cisco answered her plea for help was so healing that Shawna wrote a powerful essay entitled Connected. The Delmarva Review, a literary journal, published Connected in their winter 2015 edition, and the essay went on to be nominated for the annual Pushcart Prize for the best-published essay in the country.

Shawna participated in the program through Tapestry’s partnership with the WINGS Foundation of Denver, Colorado, which helps adult survivors of childhood sexual abuse. Horse Ibachakali teaches people how to reconnect to nature through the unique combination of horses, mindful awareness, and Indigenous worldview.   Ibachakali is a Choctaw Indian word for “connected” or “connection.” The program explores connections of many kinds between people and the natural world, which includes the inner as well as outer landscapes we all inhabit.

With Shawna’s permission, we are posting Connected for you to read so you can get a glimpse of how Horse Ibachakali transforms lives. When you read it, pay close attention to what Cisco does with Shawna.

Last fall I had the great privilege of making a keynote address to the Center for Culturally Responsive Evaluation and Assessment at their meeting in Chicago, Illinois. Although I developed my presentation on different ways of knowing and the ways that contemporary practices of assessment relate to them with that audience in mind, this particular talk expressed information that I’ve learned is of tremendous interest to everyone. In particular, I focused on not just explaining, but demonstrating the power of Story as a way of learning and knowing. Story is, after all, a universal language for transmitting vitally important information. And Indigenous understandings of Story take our understandings of its power and even its very nature much farther than does most contemporary academic research.

I have now published this presentation as a new Tapestry Occasional Paper. The first paragraph is below. Please click the link at the end of the paragraph to read the rest, and to experience the images, music, dance, and (yes!) story that form the structure of this learning experience.

Let us begin our journey together today with one of Western culture’s favorite stories, as it was told in 1985: the really Western – as in “it has horses in it” Western movie — “Silverado.” (1) I will tell you right now, by the way, you’re going to see a lot of horses in this presentation. Learning always employs a vehicle. Mine happens to be alive and have four legs. You might actually start to wonder after a while, when you see the story return in other places, if I am in fact beating a dead you-know-what with this one movie. And maybe I am and don’t know it. But what I’m hoping to do is build up enough layers of complexity in your mind that a new understanding about the reality of Story will emerge. N. Scott Momaday (2) has said in “The Way to Rainy Mountain” that the most deeply mythic stories are about epic journeys “made with the whole memory, that experience of the mind which is legendary as well as historical, personal as well as cultural.” So let us begin with a short video clip that summarizes the movie’s opening scenes and then reveals its truly mythic nature.