We have launched our Capital Funds Campaign to purchase Land for Yakni i Chukash, a place of power and ceremony that supports our work to advance Indigenous Knowledge. Please make your tax-deductible contribution here and help us bring the Land’s vision into being.

The Land base portion of Yakni i Chukash is (and will be, in a more specific way) comprised of an actual, physical Land partner, which includes a geographic Place and the animals, plants, stones, waters, and everything else that are part of that Place. Because we are on the northern Great Plains, this means buffalo should be present, since those beings are an essential part of this Land. For the same reason, eagles, coyotes, mountain lion, deer, elk, pocket gophers, porcupines, meadowlarks, hawks, bull snakes, and other animals — as well as pine trees, grama grasses, wild sunflowers, and the microscopic organisms populating the soil among and within the roots of these plants — will be important members of the Land partner, either there to begin with or, as the land regenerates its health, returning if they’ve been absent for a time.

Because Tapestry’s founder is Choctaw and that is as much a part of her as the buffalo are part of this Place, Choctaw ponies and Choctaw food crops — traditional varieties of corn, beans, squash, and other plants — will also be woven into Yakni i Chukash.  The people of other Indigenous nations are a part of Yakni i Chukash as well, and each of them brings important elements of wisdom and understanding to the work by way of the language, ceremonies, and perspectives of their own people. Tapestry also works with people of the dominant culture, and Yakni i Chukash includes and embraces them in a way that helps them find and reconnect with the indigenous roots of their own ancestral traditions. The horses we have at the Center are particularly helpful in this regard, since people of European descent (especially the women) are often still able to sense the strong connection that’s existed between them for millennia.

You could envision the Land partner acting as a powerful lens to focus all the elements that come together in the Center’s work, in which case you could imagine the outpouring Knowledge that results as a brilliant light.  You could also envision the Land Partner as a loom weaving all these different elements into something of benefit to all, or as a soup pot that cooks together many different ingredients, brought by different nations, peoples, and traditions, into a nourishing food that is available to feed many. But however you envision the role of the Land Partner that literally grounds Yakni i Chukash, it’s essential to understand that the Land — which includes the stones, animals, plants, waters, and other living elements — is the powerful engine that drives the advance of Indigenous Knowledge, through Indigenous ceremony of many different kinds, and through the work of the humans and other living beings with which it collaborates.

You can gain more insight into the Vision manifesting itself as Yakni i Chukash by exploring the symbolism of the image below, which represents it. 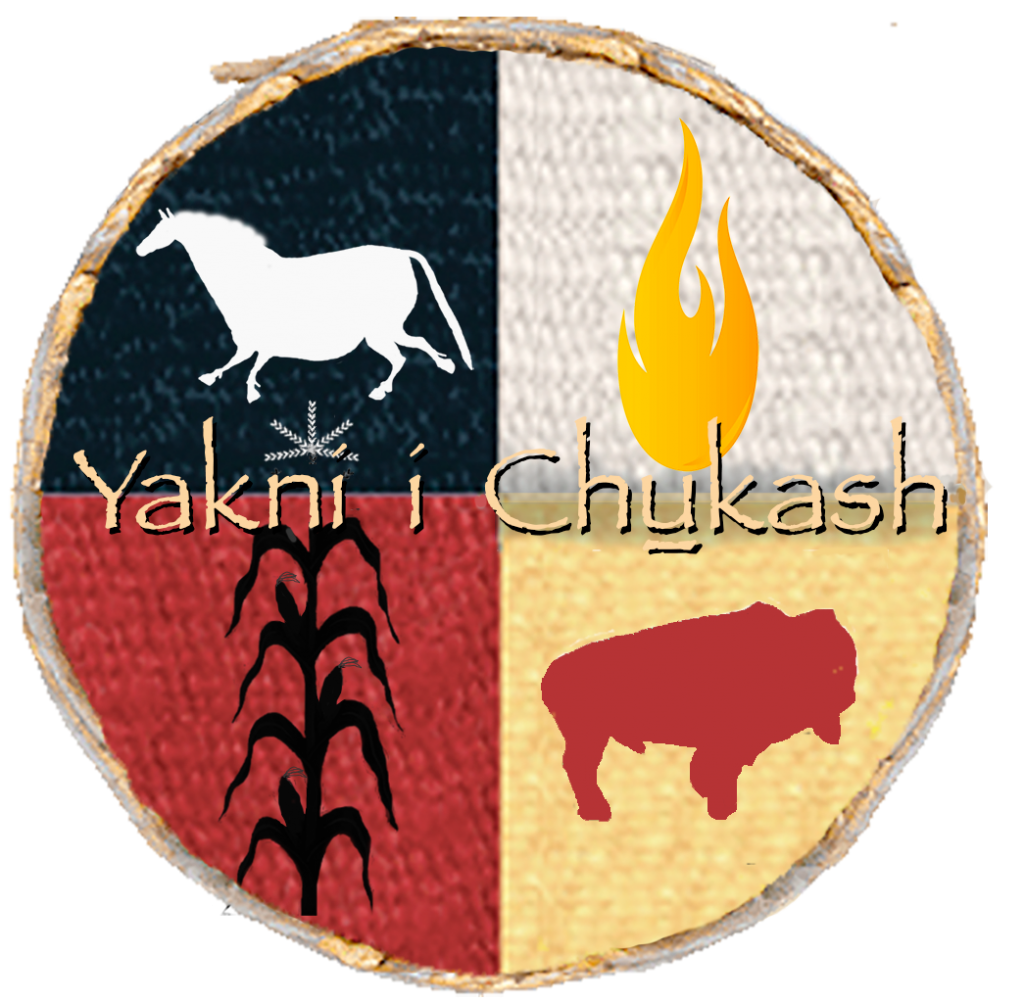 Click here to read about the meaning of this emblem.