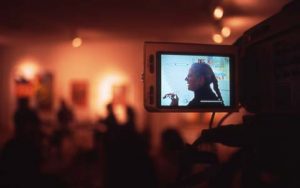 It might strike you as odd, that in the middle of so much talk about community and collaboration, there should even be such a thing as One Big Rule. But there is. And it’s one you need to heed. But because this rule is a big ask, we’ll explain why it’s so important.

Indigenous participants are likely to forget there is someone in the meeting who’s not Indigenous and doesn’t know the important rules of behavior for such gatherings. So they may tell a story or relate a dream without first stipulating that it should not be shared. It is up to you to always assume that whatever someone shares in the group is not for sharing outside the group.

Why? Believe it or not, it has to do with the different way that people of different cultures view the ownership of knowledge. That probably sounds like a pretty esoteric philosophical issue, and one that couldn’t possibly create serious trouble. But it really can.

In addition, in Western culture, the information people share in a business or academic meeting such as ours comes primarily from intellectual ways of knowing. Knowledge acquired this way is considered objective, factual, and impersonal — criteria that make it seem that much more reasonable for the knowledge to be something that can be shared without negative ethical consequence. The only time intellectual knowledge is considered non-sharable in Western culture is if those who created or discovered it are still working to establish the priority of their ownership through a patent or a publication. Otherwise, as long as you appropriately acknowledge or accredit the knowledge’s rightful owner, it can be shared. The ethics of sharing knowledge that’s not intellectual in origin is different, though. For example, people in a self-help or therapeutic group usually agree that the information shared there is personal or intimate and should not be repeated outside the group. But even in this case, knowledge is seen as belonging to the person who expresses it, the same way that intellectual knowledge is seen as belonging to the person who discovered or invented it. In Western culture, knowledge is a possession and the people who have it own it. So they can share it as they please.

Indigenous people tend to see knowledge ownership differently, in a way that changes the ethics of the situation. Indigenous people do not see knowledge as created, discovered, or invented by human intellect, but as something that’s actively entrusted to a human being by Knowledge itself. Knowledge that’s entrusted to a given human comes with limits on when, how, and with whom it may be shared. The consequences of violating these restrictions can be serious. A person to whom Knowledge is entrusted therefore bears a responsibility for sharing it properly. If this person finds themself in a situation such as a meeting, in which the Knowledge they carry seems pertinent, they have to discern whether they are permitted to share the Knowledge then and there. If they do so, that sharing is contextual. That is, the person who carries the Knowledge has permission to share it with that group of people, in that particular situation, for that purpose. Once shared, the Knowledge drops into the discussion like a seed crystal, changing what happens. That’s the purpose of the sharing.

But dropping the same Knowledge into a wholly different context — a different group of people with different background experiences, who are discussing something at least a little bit (and maybe a lot) different is not going to produce the same result. This is one of the reasons Indigenous Knowledge is said to be contextual. It has power within very specific situations. This is also why Indigenous Knowledge is said to be relational. You might notice that the relationships between the individual people in the meeting — including their historical relationships and the relationship they have to the subject being discussed — are an essential part of the way the Knowledge functions. So the Knowledge isn’t powerful or not, useful or not, on its own as just an inherent part of its stand-alone character. The power and usefulness of Knowledge grows out of or emerges from the relationships it has with everything else in the situation. Here is a simple way to remember the tremendous importance of context: Knowledge that’s wisely shared brings corn from Central America to North America, whereas Knowledge that’s inappropriately shared brings rabbits from Europe to Australia. Context determines the outcome when Knowledge is shared.

So there are two important reasons Indigenous Knowledge cannot be shared outside a group meeting like the one you’re attending. First, the Knowledge shared in the meeting is not owned by any human being, and there are genuine restrictions on when, where, how, and with whom the Knowledge can and should be shared. Second, Knowledge has completely different meaning and impact in different contexts woven out of different relationships. So Knowledge is contextual rather than universal.

The rule not to share Knowledge — unless it’s been entrusted to you as a Knowledge-keeper or Knowledge-holder and you are certain the sharing asked of you is appropriate — protects humans from the folly of misusing Knowledge we don’t, and can’t, fully understand. Other people cannot afford to trust you if you willingly disregard this rule, because the consequences are really quite serious — think rabbits in Australia. We don’t want those consequences brought into our communities. So if you break this rule, even by accident, we’ll need to discuss it at the very least. If, depending on the situation, you violate the rule in a more serious way, it’s very possible you won’t be permitted to continue collaborating with the group.