Note: If you somehow found your way to this page directly, there is a very brief introduction to Story within Indigenous worldview, and a picture you may enjoy seeing, on this page. 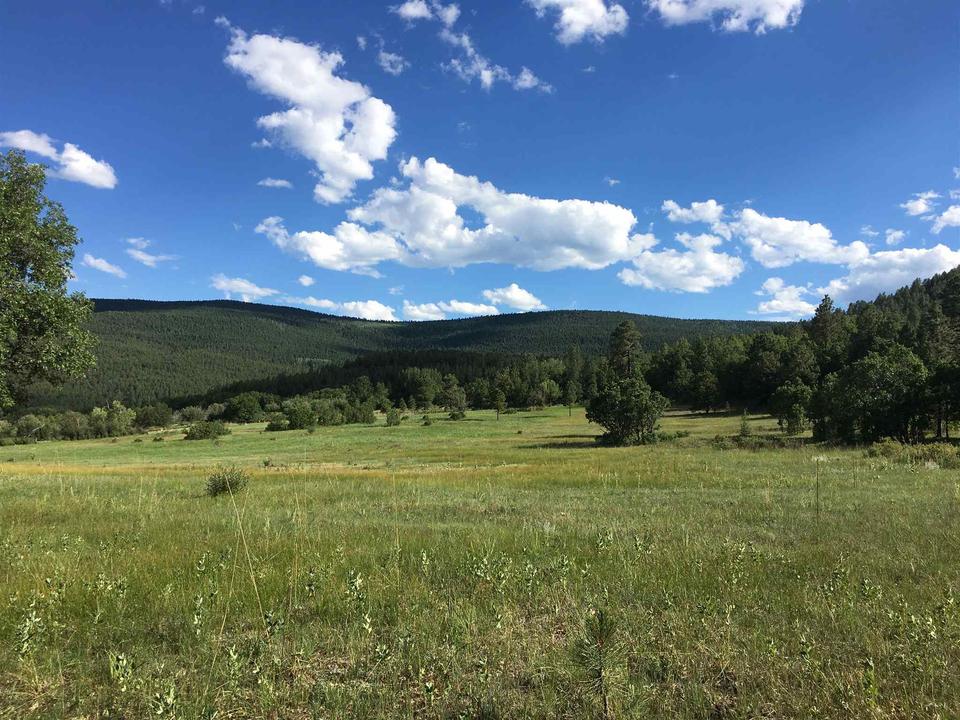 There was once a family of three sisters who lived with their husbands and children and the family’s elderly grandmother in a beautiful valley ringed by hills. The hills clustered like chicks around the feet of a great mother mountain. Many other clusters of hills and valleys surrounded the mountain on every side. All the hillslopes and the mountain itself were dark with pines. The valleys were green seas of waving grass threaded with meandering lines of cottonwoods that hid the dark, clear waters of spring-fed creeks. The family had lived in this place for many generations. Before settlers had come to the mountain, the hills at its base had been a favorite summer camping ground for the family’s ancestors.

Some years before, when the grandfathers had returned from the big war the whole world had fought, they had pooled their money and bought some of the land their ancestors had loved so much. The grandmother who lived there now had been a very little girl then. She had grown up listening to the stories the warrior grandfathers told. The old grandfathers and the even older relatives who came to visit them walked among the wildflowers and slowly climbed the hills to places where bedrock rose from the ground in massive cliffs that towered over the pines. They leaned on a cane to catch their breath and looked out across the valley and said, “When I was a little boy, that place you see across there, at the foot of that bluff, it looked very different.” And then they told how it was. The grandmother who was a child herself then had paid close attention, as had all the children. For that is the way of these people.

When she was grown up, the grandmother told all these stories to her three daughters, and now she told them to her daughters’ children. Sometimes the grandchildren helped her up the long slope with the great stone at its crest so she could point to all the places again, that the stories were about. It was, she thought, just like when she’d been a little girl — except that her own grandchildren took pictures of all those places with their cellphones as she pointed them out. She thought that was probably a good thing. She wished she had pictures of how those places had looked when she was a girl, that she could show her grandchildren. She knew they would be very surprised to see for themselves how much things had changed. But she had to just tell them about it instead. And that was all right, she thought. But she still smiled when she saw the children snapping pictures.

One of the biggest changes was in the forest. It worried her sometimes, especially on summer nights when dry lightning flared and thunder rolled in long echoes through the hills without any rain falling. One of the war grandfathers had found a photograph in a book once, and shown it to her. He had laid the blunt tip of his brown finger on the photograph, tapping it against a white man sitting on a horse. “You see how big these trees are compared to them?” The grandmother had nodded, very impressed. “That’s what the forest here and on the mountain looked like when I was a boy. You see how big the trees are? And how far apart? And you see there’s no little trees beneath them or between them. That’s how the forest was, as far as you could walk or ride in any direction at all around here in those days.” He tapped the picture again. “Even here, on the slopes of our own valley. The trees weren’t quite this big down here, but they were spaced far apart like that. And there weren’t lots of little trees in between them.” Then he told her the big trees weren’t there any more because the settlers had cut them down and sawed them up to build their houses, and to sell for money to other settlers building houses. All the old buildings in town were made from those trees, and a lot of the old wooden buildings in other towns too. But the settlers had planted seeds among the small trees they left behind, that were too small to cut, and new trees sprouted up in the bare places. So the forest was still there. It was just different now.

The grandmother could see the difference even in her own lifetime. She remembered scampering up the slopes to the giant slabs of stone that rose from the crest through clear space that, looking back on it, seemed like a city park or someone’s yard. There were lots of pines, none of them giants like the ones in the warrior grandfather’s book, but they were all spaced so far apart that she could see through the forest in every direction, clear to the top of the slope and down to the bottom. In fact, she had ridden her pony more than once through the forest at a run. Now you couldn’t do that. You had to press your way through thick stands of spindly young trees growing as close together as grass in a meadow. One of her uncles had told her why this change had come.