The years rolled by, as years do. The children in school grew up and got married and moved away or moved into a house vacated by older people who had moved into a room in a sister’s house or taken the Star Road to the ancestors. The neighbors were angry with the family for a very long time, but the family just ignored the hostility and kept being pleasant. From time to time someone in town would shake a fist and say, “If your place catches fire, it’ll come through the fences onto mine you know!” And they would smile politely and say, “What matters most is the Land. We are letting it heal itself. That’s what it does. You will see.” Year after year, this was said. Over and over.

Meanwhile, the dead standing trees whitened and fell. The grass grew up over them. Brushy little pine seedlings sprouted here and there, grew, and became strong. The trees that had survived the fire filled out and became vibrantly healthy in the cleared space. The little plants that had come in after the fire grew, and died, and returned nutrients to the soil that the trees needed. A whole succession of them moved through in waves, all of it documented by the now-professor granddaughter and the Indigenous ecology graduate students she had started teaching. Twenty years went by. Then forty. The bleached logs of the fallen dead trees could barely be seen in the tall grass. The neighbors began to be able to see what had been in front of them all along. They would sometimes stop their cars in the road when driving to town, and gaze at the slopes, and then look back at their own places that had remained bare ever since the loggers took all the trees there — the ones killed by the fire and also the ones that had survived it. The seedlings they had planted had all died. For the first time they wondered if maybe there was something missing from their soil, that was in the soil here. They remembered how the loggers had told them the forest would never come back. Yet here was forest, right here.

The healthy forest began to move through the fences onto the neighboring lands. It moved slowly through the places that had been logged, where it had to work hard to replenish the depleted soil. But inch by inch, the Land healed. As it did, everything healed. The neighbors welcomed the returning forest with quiet and secret joy as it came through their fences. It came with healthy deer and birds that had no mysterious diseases. It moved up the slopes of the mother mountain, and it touched the waters of the springs. When it did, the creeks ran clear in the valleys again. Once more you could see the brightly-colored rocks sparkling in the creek beds.

On the 100-year anniversary of the fire, the town held a celebration with speeches and dignitaries and refreshments because it was so rare for a forest to recover the way theirs had. They were proud of their forest’s beauty. Tourist money from hikers, picnickers, and hunters was important to the area’s economy. The deer and turkeys were strong and healthy, so hunters were eager to get permits to hunt there. Photographers had taken so many beautiful pictures of elk, bear, deer, mountain lions, lynx, and other animals there that everyone had heard of this place. The people who lived there were strong and healthy, too. It was a wonderful place to be.

The professor who was the third generation of Indigenous forest ecologists since the college granddaughter 100 years ago spoke about the old grandmother who had faced off against the loggers. “What is special here,” she said, “is that we celebrate the rebirth of a healthy forest that very rarely happens. It could happen everywhere there is a fire. And it should. But people still see fire as a bad thing they have to prevent, stop, or fix. They think it’s the fire that kills the forest, but it’s not. It’s the people. They stop the fire and won’t let it come. And when it comes anyway, their “clean-up” meddling utterly destroys the forest’s last chance for healing. But in this one place, the people did not kill the forest after the fire. They let it live. They let it heal itself as the fire intended. It will take another 200 or 300 years for the forest to grow back to the way it used to be, when everything was fully healthy long ago. But it’s on its way now. And that means so are the deer and the mountain lions and the birds. They are healing now, too. Our grandmother and all the Elders were right: what matters is the Land. If the Land is healthy, everything is healthy. If the Land is unhealthy, so is everything on it.”

Then the mayor pulled the cloth off a big framed picture of the old grandmother. She was standing among the sunflowers and leaning on her cane. “This wonderful woman gave her life to save us,” said the mayor. “It’s sad Native people and their wonderful wisdom are all gone now. We owe them a lot.”

The great-great-great granddaughter ecologist, who was still on the dais, stood up again. She smiled, but she said very firmly, “Mr. Mayor, my family is still here. We are not dead and gone. Neither is Indigenous Knowledge. And what my grandmother worked to save is the Land. If you take care of the Land, the Land takes care of people. That’s why the Land matters most. We’ve been saying that for hundreds of years now. I sure wish you would hear us.”

“Oh wonderful!” cried the mayor. “Thank you! Of course! Everyone thank this family for all they’ve done!”

Everyone clapped and cheered. The family members looked at each other and shrugged. You can lead a horse to water, they thought . . .

Then the mayor cut up a big cake that had a beautiful pine tree painted on it with thick green frosting. Television news people from the city filmed them cutting the cake, and they live-streamed it — with the picture of the old grandmother and a voice recording of the mayor saying she had given her life to save the white people. The youngest children in the old grandmother’s family held up their fingernail-chip cameras and waggled their fingers at the news people making videos, thinking it was a pretty good joke to use finger cams to record stodgy old people who were making videos with great big phone cams the size of an old credit card. Then they stuck their finger-cams into the frosting on their cake, and licked it off, and watched each other’s finger-cam live streams as they did it. What fun! 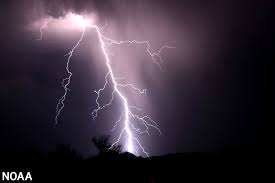 That night there was a big thunderstorm. Winds flattened the meadow grasses in big swirling patterns in all the valleys between the clustered hills. The pines shivered and their branches tossed as the wind roared and sang through the long needles. Lightning danced across the sky and thunder rolled down the valleys. In the morning, the great-great-grandson of the settler neighbor who had threatened to sue them if fire and weeds came through the fence, stretched and scratched himself as he stepped out into the brightening morning. His teenaged daughter stepped out behind him. The neighbor raised his head and sniffed the wind.

“Do you smell smoke?” he asked his daughter.

The young woman turned her head and then pointed to a distant slope on the foot of the mother mountain. “It looks like there’s some smoke over there.”

“Good god!” cried the neighbor. “Call the fire department on your fingernail-phone right quick! We can’t let a fire get started in this beautiful forest that’s just finally growing back!”

“Dad.” The girl put her hand on his arm. She waited for him to look at her. When he did, she saw fear in his eyes. Her voice grew more gentle. “Dad,” she said.

“What matters,” she said firmly, “is the Land. Think this time, Dad.

When you are ready, click this link to explore the elements of Indigenous worldview you’ve just experienced through Story. College granddaughter’s professor told people about Igor Stravinsky’s Firebird Suite. If you click that link you can listen to its 3-minute Finale —  which uses music to describe the rebirth of the forest after fire. We suggest you close your eyes as you listen, and imagine the growing and returning forest — and the Land that can be revitalized and reborn everywhere if people can learn to let it do this, for itself, in the natural ways it has always had.

Click here to learn more about the elements of Indigenous worldview you just experienced (the page I just mentioned).
Click here to return to the main IKhana Fund page.