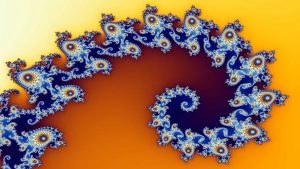 It is this “underneath” layer of process that gives metaphor its power. Real, meaningful metaphor perceives a similarity of pattern in which the patterns are alike because they manifest the same fundamental (“underneath”) process. The metaphor transmits the Knowledge of this process. It tells us the process exists, and that it exists in both things (the metaphor and the thing the metaphor “represents”). The same “underneath” layer of process gives Story its power to transmit Knowledge from the natural world in patterns generated by that process and as visible in the Story as they are in the physical, natural world. Poetry and song lyrics can be Story in this sense too.

Does the way I have defined metaphor mean there is such a thing a “false” metaphor, in which patterns are similar but have not been produced by a common underlying process?

If I’m not mistaken, I think you just looked at three examples of such a thing.  The idea that human-cleared edges in forests are “just the same” as blow-down cleared forest edges assumes that process and pattern are so tightly linked as to be in lock-step. The clearings created on a right-of-way to run a power line through a forest are not seen as metaphorically similar to clearings in forests that were created by storm blow-downs, but as actually the very same thing. That’s why the three publications investigating the presence of an edge effect around power line corridors that I cited analyzed species diversity rather than questioning the basic premise of what’s essentially a false metaphor.

So if you look at any of those linked abstracts for the studies on possible edge effects in forest ecosystems with power line corridors running through them, you’ll see a lot of very detailed information about species density, location, habitat, and so on. But there is no recognition of the fact that in a storm blow-down, all the players are parts of the natural world, of the Land itself, alive and manifesting Knowledge that’s emerging from that complex system — whereas power line corridor clearings are manifestations of linear, mechanistic, simplistic (possibly complicated but not complex) knowledge created by human minds that have separated themselves from true Knowledge of the natural world. If the scientists counting bird density and plant distribution across a corridor’s width were to look up and see the dinosaur — the living Land they think is not alive — walking around in all its beauty and power, all the environmental impact statements and legal arguments in the world would change overnight.

The people who think that if thunderstorms are living entities with agency then cybernetic systems are living entities with agency too do not see this as metaphor either, much less as a metaphor that’s false. They see the two things as identical because both are described by the same complex mathematics. But these two things are rooted in entirely different places. One emerges from nature, the other was created by human minds. So their similarity is metaphor, and a false metaphor. The arguments that human-engineering of ecosystems is “just the same” as the things Buffalo do in ecosystems are also false metaphor presented as if not metaphor at all.

Real metaphor and Story (with a capitalized S) are very closely intertwined, parts of a single means of communication between the Land and humans. Do you remember the story about the Elder and the Elk? We are told the hunters in the Elk story are young so we’ll understand they are still foolish and learning, that they need to be reminded of how things really are. This is as true for cultures that are young as it is for individual people who are young. Sometimes “new” is not improved and better, but younger and therefore not as wise. This Story uses metaphor to communicate real patterns and processes of the type you’ve seen in this exercise again and again. Such  Stories teach everyone powerful things about peoples’ real relationship with the natural world because they use Indigenous metaphor, which is the Land’s own metaphor and therefore real.

The people in such a Story are metaphorically our own selves. We see the Story unfold through their eyes and it is one we all live sometimes, so we recognize the pattern. In the Elk Story we see the young men engaging in a pattern of behavior we recognize: “I am going to get very good at this thing, with practice and diligence. I can control my success. It’s up to me and my efforts whether I am an expert or not and I choose to be an expert. I am the one with the power.” We all engage in that kind of thinking and behaving pattern sometimes, which is why the young men in the Story are metaphors for ourselves who can carry us into the experience. Notice how a real metaphor functions here: it permits us to participate in and experience a learning event “at a distance” — the original distance learning in fact. We even feel the judgment the young men feel when the Elder comes out and he seems inept and unkempt. So when the Elder climbs on the rock and sings, and the Elk respond as they do, we are surprised and delighted and humbled the same way the young men in the story are. Those are precisely the feelings we would have if we were really out hunting with an Elder and this event happened. These are the feelings of Learning. They are the feelings we have each and every time we think we are going to “make it big” through our own diligence and effort and are reminded how the world really works.

This is the power of Indigenous metaphor and the power of Story. Both come from the Land. It is a power that emerges from the pattern produced by the real, underlying process of Life itself. That process manifests the same pattern, at every scale from high to low, in every Place, in every living thing and in every event. So the pattern of real metaphor manifests Knowledge, the wisdom of living Land and the processes by which it operates. Such knowledge is not invented by human minds, but received as a gift that’s been given with conscious intent.

Before we move on, I want to acknowledge the absence of standard or scholarly definitions of metaphor in this discussion. Because of that absence, I initially removed this page from the exercise and only returned it after realizing how essential it is to address this issue. Western scholars think of metaphor in a number of different ways and wrangle one another about it. Western scientists, as we have seen, often use metaphor as a means of evidence-denial to block a paradigm shift. They use “metaphor” as a pejorative term. Yet, and this is very important, people in Western culture (including scientists) often perceive identical process as having produced patterns that look similar — and state that these are cases of identical mechanism or cause-and-effect and not metaphor at all. But these are in fact false metaphors because the processes that generate the apparently similar visible patterns are really (ontologically) very different.

Indigenous scholars, on the other hand, have discussed metaphor more than I am wise enough to understand or presume to summarize for you. This is the other reason I originally removed this page from the exercise. I am sure if you pick up their trail you will find much greater insight than what’s available here. Metaphor is not my area of academic expertise, in any culture. So I have tried to present a very basic Indigenous understanding of metaphor on this page simply to help you understand the significance and power of saying the paradox of West is a powerful metaphor. Likewise, the winter of North is also a very powerful and meaningful metaphor.

Please revisit our evaluation metric now. Remember that? After that, you will go to part 4, which has only 3 pages. You are nearly done!