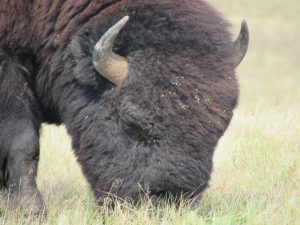 To many people of Indigenous cultures, the concepts of law and justice are rooted in the fundamental belief that everything comes from the Land and manifests the principles of relationship and reciprocity. Such an Indigenous concept of the Law and of justice is gaining a foothold in the current Western system of law through practices such as mediation and restorative justice. It has not yet begun to impact the current legal fields of environmental law and property law, however, neither of which has yet proven open to exploring new ways for humans to relate to the natural world through laws that are part of a fundamentally Land-based and therefore natural system of justice.

Western law, by comparison, exists within a worldview that sees justice as an essentially human concept and law as a construct of the human intellect. The first written system of law of this type known to Western culture is the Code of Hammurabi, codified in ancient Babylon about 3,500 years ago but thought to refer to even older written legal texts that have simply not been preserved in archeological sites. (See documentation at the Lillian Goldman Law Library, Yale University: here and here). It is undoubtedly significant that the separation of law and justice from nature, reframing both as constructs of human minds, took place in the same part of the world and at the same general time that ancient stories record the separation of Western culture from the natural world in a more fundamental way.

Tribes retain sovereignty over their lands and people, so ideally should be able to apply Indigenous concepts of law and justice within their jurisdictions. In practice, the differences between Western and Indigenous concepts of law and justice make this very difficult. Yet any concept of “justice” obviously bears within it a system of values and ethics that are essential to achieving that justice, so it’s challenging for tribal peoples to live according to their own value systems while adhering to a Western legal system that regards property rights and land use issues, for example, in ways that are inherently unjust according to Indigenous principles of reciprocity and relationship. Groups such as the Native American Rights Fund (NARF) work to bridge the gap between Indigenous and Western concepts of law and justice in ways that help protect the sovereign and human rights of Indigenous peoples.