This business of the Land putting itself to rights again with the fire was a lot bigger than they’d understood at first. The animals were sick and dying everywhere, mysterious diseases striking so many different nations — deer, elk, mountain lion, all the different nations of birds, even the bees — the list seemed so long that it was hard to bear looking at it. Everyone knows that the Land is the source of everything, that if the Land is unhealthy then everything else is unhealthy. But now they understood how deeply sick the Land had been getting, so slowly that people hadn’t seen it. Their eyes had adjusted, year by year. And they had forgotten the way it used to be, the way it was when it was healthy. Now the Land was so unhealthy that sickness was spreading through the animals and people alike.

Everyone was silent for a while, thinking. Finally, the husband of second daughter said, “There is something here I don’t understand. We knew the fire was healing. We gave it our homes if it needed to take them to heal. That was weeks ago, the day we had to leave here. But the fire is gone now. It’s over and done. We are not trying to stop the fire. So why has all this Knowledge come to us now?”

Grandmother’s first daughter said, “I have a feeling we’ll find out soon enough.”

Everyone nodded agreement. When Knowledge moved this strongly, it always had a reason.

Suddenly one of the youngest grandchildren said in a very small voice, “Mommy, I’m scared.” All the grown-ups smiled and made warm sounds as the child’s mother scooped her onto her lap.

The old grandmother reached out to stroke the child’s hair, and an Elder said, in a kind and gentle voice, “It is a funny thing, isn’t it? Sometimes we learn a thing that makes us feel afraid, so we wish we didn’t know it.”

The child nodded, her eyes large and dark.

Even more gently, he said, “But it was when we did NOT know these things that we were in danger. Do you see? Now that we understand these things we have been taught, we can do things that will help the danger go away. Now that we understand, we can let go of our fear of the fire. We can see the fire is a natural part of the Land. We can see that it will make the trees and other plants healthy again. The healthy forest will make the animals healthy again. It will help us be healthy, too. After all, we are part of the Land, too, just like the deer and the birds. Right?”

The child’s mother brushed back her daughter’s bangs and gently kissed her forehead. “And the Land takes care of us all. Remember the garden?” The little girl nodded. She had stopped crying. The Elder laughed very gently and tousled the child’s head. It was late at night by then, so everyone went to sleep after that. The next day they started to find out why the Knowledge had come. 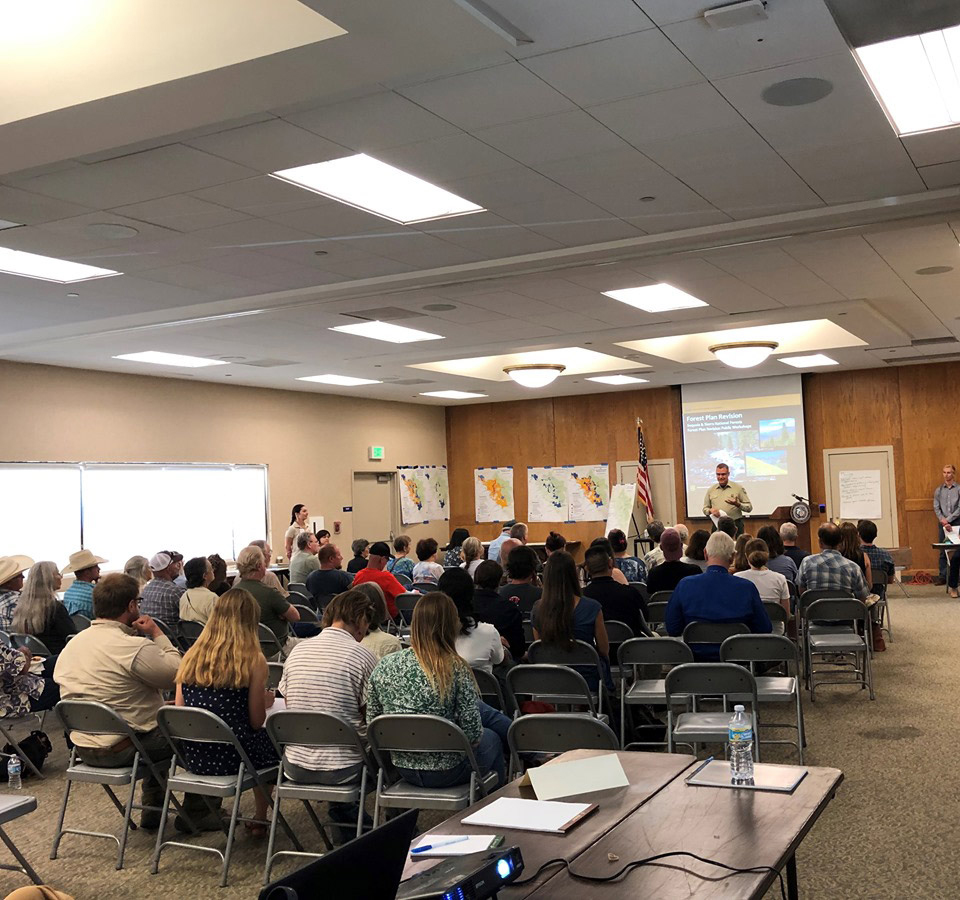 It began with a meeting held in the town. Some people had organized the meeting to educate all those whose lands the fires had touched. They invited everyone to come to this meeting and learn what to do about their burned forest lands. Second daughter’s husband went so they would know what had been said. He came back shaking his head. The settlers, he explained, were planning to cut down all the burned trees and haul them away to saw into lumber at the mill. Then they were going to plant tree seeds on all the hills. They were doing this for two reasons. First, the blackened and burned trees were ugly, they said, and they would only get uglier as they rotted. The second reason they were planning to lumber the burned trees was that the money from selling the wood would make what they called “a silver lining” in a dark cloud.

The whole family shrugged. It made perfect sense. The settlers always cared a lot about money. They always had. And neatness was also important to them. They liked to control things. So why was second daughter’s husband shaking his head? He sighed and rolled his eyes at them. And then they remembered the other thing they knew was important to settlers: making sure your neighbors see things the same way you do, and that they do things the same way you do.

Sure enough, pretty soon there were neighbors dropping by to ask in a friendly way if the logging men had been by yet to give them a fat contract for their timber. They had gotten so much money for theirs! They were going to be able to build a barn to replace the one that got burned up. The grandmother’s family would sure be glad they signed that contract! 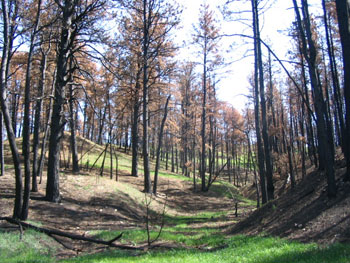 Then the logging men came. They were friendly at first, too. But once they saw the family didn’t intend to sign the contract, they said dark things about winter winds knocking over the burned trees and crushing the grandchildren flat. Why, in a place they were working last year, a burned tree had even fallen on a car. These were dangerous things, these burned trees! People could get sued if one of them fell on a car and killed the people in it. And once these dead trees started falling, it was like dominoes. They just came down all over, and it was dangerous, man, dangerous.

They sent somebody different the next day, and he came with their nearest neighbor. If they didn’t harvest the dead standing timber, weeds were going to grow up. They were coming up already. They would spread onto the neighbor’s lands. “Nature don’t stop at the fence line,” said the neighbor. “And the bugs that get into that dead timber won’t stop at the fence either. It’ll all come onto my land. And if you get fire in there, they can’t drive equipment in among all the snags, and then that fire will come onto my land and it’ll burn my house. And I’ll hold you responsible when that happens. I’ll sue you! You owe it to me to log your place!”

This was too much. The old grandmother started to step up to speak to them but another of her daughter’s husbands raised his hand to her and she waited. He was quite a capable warrior, she knew. “It’s all right for you to do whatever you want to do on your lands,” he said quietly but firmly. “But it’s all right for us to do what we want to do on ours. We aren’t going to log.”

The neighbor grew very angry. He pointed out once again how ugly the dead trees were, and how dangerous, and that things would get worse and worse as they rotted.

“The dead trees put food back into the ground that feeds the new forest that will grow,” said the husband. “And the plants you’re calling weeds will put food into the ground for the new trees, too. That’s how the forest works. It’s all right. You will see.”

“Your kind of people always make places look junky!” spat the neighbor. “You just don’t care about your neighbors at all! You’ll make us all look bad!”

Now the grandmother could not be silenced. She stepped forward and looked the tall neighbor in the eye with all the grandmother power that exists in the world. The big man stepped back a step. “There are more neighbors than you in this world,” she taught him. “You need to give a care to your neighbors that make it possible for you to even be alive, and to the Land that makes it possible for them to be alive.”

This teaching did not go over well.

A third visit the next day ended with even more frustration on everyone’s parts. As bulldozers and logging trucks began to work the hillsides and mountain slopes all around them, as busy as bees in a field of sunflowers, the pressure on the family to let the loggers come in and take the burned trees increased. Finally, the granddaughter began to take pictures of things. She wrote to her professor, who came to visit them. She showed him what she had learned of the burn pattern that was more and more visible every day, as groups of trees that had only been singed began to recover. He sat down to talk with the family about it all. The Elder who carried Fire Knowledge came up to meet him. The professor showed so much respect to the Elder, and asked so many wise questions of his Fire Knowledge, that everyone welcomed him into their hearts. They were sad when he told them he did not think the loggers would listen to him, that in fact they had tried hard to silence him in the past. But he said he would try to at least talk with their neighbors.