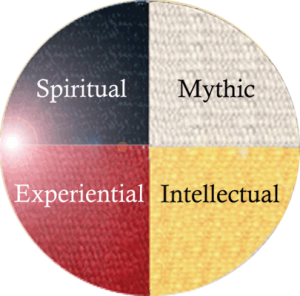 Or you may use the table below to explore the directions, their associated ways of knowing and learning, and an example of each type of learning as applied to understanding tornadoes.