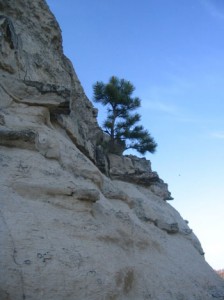 Indigenous Knowledge, often known by the acronym IK, is an extremely powerful concept. The term may refer to three different but related things:

— Indigenous Knowledge can refer to a body of information: what people know.

— Indigenous Knowledge can refer to a process of coming to know something: how people know, considered from the perspective of the human experience.

— Indigenous Knowledge can refer to the source of the information itself: also how people know, but considered from the perspective of Knowledge itself.

The difference between Indigenous and Western views of Knowledge is profound, and it has led to a deep sense of betrayal when Indigenous people have shared Indigenous Knowledge with people of the dominant culture. In one type of common situation, Indigenous people have shared herbal medicinal IK with a pharmaceutical researcher who then filed for, and got, a patent on that medicine — and prevented the people who shared that piece of Indigenous Knowledge to begin with from using it any more without paying the company that registered the patent. When Indigenous people stopped sharing information with Western visitors as a result, herbal medicinal IK was taken without permission and patented anyway. In all cases where this has happened, the patent has resulted in profits accruing to the company that is really for Intellectual Property that rightfully belongs to the community from which the IK was taken.

National and international governmental bodies are stepping in to try to protect the rights of Indigenous people to the Knowledge that’s been given to them. But conflict arising from the deep differences between the way knowledge is seen in Indigenous and Western cultures is a serious on-going problem. In the example of traditional medicinals, all three concepts of Indigenous Knowledge come into play. There is a body of information (what plant treats what sort of medical problem), a process of acquiring knowledge (that goes back to earliest tradition), and a source of information that imposed rules and restrictions on use because the Knowledge was given within the context of a specific reciprocal relationship. These rules and restrictions are of course broken by the Western pharmaceutical companies that misappropriate or outright steal the information and patent it as their own legal possession.

Each of these three “types” of Indigenous Knowledge is discussed separately on the pages to which the headings above (and the list below) are linked. But it’s important to realize that none of these discussions provides a definition. Defining terms in hard and fast ways, and especially doing so in a way that precludes any other way of thinking about that term, is not typical of Indigenous worldview. It is, of course, a hallmark of the dominant culture, however, and this can lead to misunderstanding in a situation such as this one. The discussion on this and the linked pages is meant to help the reader understand basic information about the work Tapestry Institute does. It is not meant to serve as an “authoritative statement” but simply as an introductory and very general explanation.

It is important to realize that Indigenous Knowledge is not an archaic system or a body of practice that has disappeared, even though few people in Western culture realize the degree to which it touches their own lives even today. Millions of people benefit from the literally thousands of “new” drugs released every year that are actually traditional medicinal Knowledge appropriated by pharmaceutical companies. Likewise, thousands of people living in El Reno, Oklahoma in 2013 were spared the devastating impact of an EF5 tornado more than 2-1/2 miles wide because Cheyenne Elders used traditional Knowledge to successfully ask the storm to turn aside as it approached the city limits. Indigenous Knowledge is powerful, is used by and benefits many people even in Western culture, and is far more ubiquitous than most people realize.

IK As a Body of Information
IK As a Process of Coming to Know
IK As a Source of Information
or
Indigenous Science
or
Learn about the IKhana Fund, which supports people engaged in listening to Indigenous Knowledge from the Land.