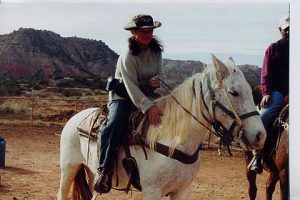 Indigenous Knowledge can refer to a particular system of ways that people acquire information about the natural world. In philosophy this is called an epistemic system. The Indigenous epistemic system is richer and more varied than that of Western culture, because Indigenous worldview considers many types of knowledge to be “real” and therefore legitimate, whereas Western culture restricts legitimate knowledge to that which meets criteria of the “scientific method”. Although many people of modern culture are perfectly aware that they do, in fact, learn from stories, dreams, visual art, inspiration, intuition, bodily sensations, and spiritual insight, these things are devalued. They are generally not considered essential school curriculum, for instance, nor is such information used to justify legal, business, or political decisions.

Exploring the full range of different ways that people come to learn and know about the world around them, and themselves, is the focus of Tapestry Institute’s mission. We use the Circle common to many Indigenous peoples of North America to help explain these ways of knowing, categorizing what is really a seamless whole in order to explain it more clearly. Several of our Occasional Papers use Story, which we call a Mythic Way of Knowing, to explain key concepts about Western and Indigenous views about nature and even about learning itself. Intellectual Ways of Knowing include the processes of observation, analysis, and reasoning — a way of knowing that’s of primary importance to science and therefore to the Western culture that gave rise to science to begin with. Because Indigenous cultures also use observation, analysis, and reasoning, it’s common for some scientists and educators to say that Indigenous Knowledge is really “just the scientific method.”

However, in Indigenous Knowledge, observation takes place within a relationship, whereas in Western culture observation is supposed to be objective. The learner is not supposed to have a personal connection to what is being learned, for subjectivity is thought to produce a bias that clouds or obscures what is learned to the point of making it incorrect. In contrast, Indigenous Knowledge, as a process of learning, is seen as arising within relationship. It is generally felt that an observer who attempts to put emotional distance between him- or herself and what is being learned about will learn poorly. We have noticed, for example, that cultural scholars who observe our own people without entering relationship with us because they are attempting to “remain objective” usually misunderstand the things they see and hear in astonishing ways. They wind up not acquiring accurate information at all. On the other hand, when such a scholar enters genuine relationship with the people of a certain place, that person comes to understand our people and their cultures better, and is far less likely to make egregious mistakes in everything from simple observation to interpretation. Likewise, people learn better and more accurate information from nature when we are in relationship with the Land.

Because relationship is a key element of Indigenous epistemic systems, the appropriate use of Indigenous Knowledge is to serve the whole community, not just one individual who uses the knowledge to gain power over others. So community plays a key role in assessing the validity of new Indigenous Knowledge and then determining if, how, and in what ways it will be used. Knowledge is seen as being given to individuals so that they can share it with the community. And, as already pointed out, no one is seen as discovering or creating knowledge. The common Western science motif of humans “wresting” information from Nature is antithetical to the Indigenous view of nature revealing itself to humans because of the respectful, reciprocal, loving relationship that exists between them.