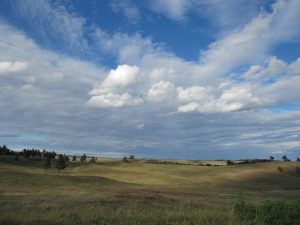 The full text of the paper below has now been published in the 2021 Compendium of Indigenous Knowledge and Local Knowledge: Towards Inclusion of Indigenous Knowledge and Local Knowledge in Global Reports on Climate Change, where it may be found on pages 7-10. The volume was published in 2021 by  the Snowchange Cooperative of Kontiolahti, Finland, and was edited are T. Mustonen, S.L. Harper, M. Rivera Ferre, J. Postigo, A. Ayanlade, T. Benjaminsen, R. Morgan,  & A. Okem.  It was published in association with the current IPCC AR6 report.

“You would think that there would be concern that the ice is melting so fast, the waters are rising, and we’re experiencing real change, severe change. You’re not going to fix that. There’s no screwdriver, there’s no wrench, there’s no instrument that’s going to fix that. That’s only the conduct of the people working with nature and its own laws that will bring that back into any kind of a peaceful, comprehensive way of life.” Chief Oren Lyons, Faithkeeper of the Turtle Clan of the Onondaga Nation and a Chief of the Onondaga Nation Council of Chiefs of the Six Nations of the Iroquois Confederacy, the Haudenosaunee

Western law is rooted in Western worldview, which holds that the natural world is not alive and it does not have agency. Therefore, humans are given power to make laws concerning the Land without any input from the Land itself. Such a belief is in stark contrast to Indigenous worldview in which the natural world is alive and has agency. In fact, the Land gives rise to the law within Indigenous worldview because all things come from the Land.

When Western environmental laws were passed, they were based on input from Western science. That input may have contained data that justified such laws but it did not contain Indigenous knowledge and worldview that would allow for actual participation in the lawmaking by the natural world. Western environmental law does not enter into relationship with the land, the air, the water, the plants, and the creatures with whom we share this planet. Instead, it uses the term “natural resources” to describe the natural world because the foundation of law in Western culture is the belief that the land is there for the use of humans above all else, even if that means the Land is harmed or destroyed in the process. Indigenizing environmental laws would mean that Indigenous knowledge would play a pivotal role in determining how best to protect the natural world. As Indigenous author, researcher, activist, and lecturer of American Indian studies at California State University San Marcos Dina Gilio-Whitaker (Colville Confederated Tribes) has written “Indigenous knowledge is a vital aspect of indigenizing environmental justice. A Green New Deal that recognizes Indigenous worldviews will help create a paradigm shift based on relationship to the natural world, not its reckless exploitation.”

Indigenizing environmental law means that lawyers and others working to protect the Land would go out onto the land to interact with it and listen to it. As it stands now, environmental lawyers spend most of their time in offices and court rooms, which cuts them off from the very client they are trying to protect. Indigenous worldview also incorporates Indigenous ways of knowing so Indigenizing environmental law means that experiential, mythic, and spiritual ways of knowing combine with intellectual ways to create a more comprehensive and collaborative body of law. 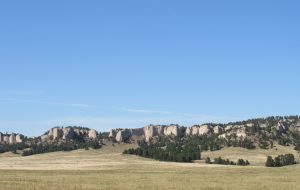 Indigenous law recognizes that Indigenous people have their own legal systems, rooted in stories that involve relationship to and reciprocity with the Land. As such, this area of law can provide invaluable insight into how to protect the Land. The foundation of Indigenous law is based upon the very creation that environmental law is seeking to protect. John Burrows (Anishinaabe, Ojibway and a member of the Chippewa of the Nawash First Nation), a leading researcher in Indigenous law, professor of Indigenous law at the University of Victoria Faculty of Law, British Columbia, and the Canada Research Chair in Indigenous Law has stated that “I’ve been taking students from law schools to my own reserve and helping introduce them to the law that’s sourced in the rocks and the water and the plants and the animals.” Indigenous law recognizes the unique stories from each place and doing so allows for specific environmental laws that keep those areas in balance based on what those areas require. The stories show how people are supposed to live on and with the Land.

Because Indigenous law relies heavily on story, relationship, reciprocity, and collaboration to benefit the entire community of beings, it provides a model as to how Western environmental law can be Indigenized. It shows that law can exist within a different paradigm and still provide the protection and benefit that Western law, at its best, provides. It does not speak about the Land but instead, listens to it and includes it in law itself. If environmental law is ever going to protect the Land, it must do so as well.

“I hope that with this resurgence of Indigenous law, that connection comes back understanding that the political world, the legal world, is bigger than these human to human relationships but it extends to a relationship and a responsibility, an obligation to plants, animals, spiritual beings that we don’t see on a daily basis.” Spencer Greening, Gitga’at Nation 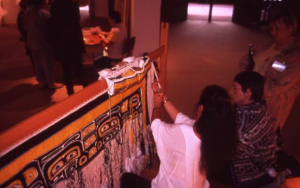 Indigenous rights must be protected and be included in environmental law

In 2007, Chief Oren Lyons gave a talk about climate change before the United Nations Permanent Forum on Indigenous Issues. In that talk, he stated “Value change for survival. It came right down to four words. You’re either going to change your values or you’re not going to survive. I tell you, the Earth has no mercy. You abide that law or suffer the consequence. Business as usual is over. Carbon is over. Oil is over. We better find something else. We better find some equity.” Indigenizing environmental law can be an important path to finding that equity, but the process must begin now. The Nations of the world must incorporate Indigenous knowledge into their legal systems and Indigenize their environmental laws in order to come into compliance with the Land’s law if we have any hope of combatting climate change. Indigenous knowledge, worldview, law, and rights must be used to Indigenize environmental law and protect the Land.