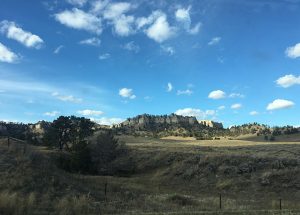 The main thrust of current environmental law began more than 50 years ago. While it has had its victories, it hasn’t done nearly enough to protect the natural world. The past two decades have seen a rise in legal trends to strengthen legal protections for the earth. Many attorneys, politicians, and environmentalists have realized that while environmental law is a good start to protect the natural world, it is insufficient to be considered an end point. As we explore how to Indigenize environmental law, I’ll be discussing these environmental legal trends so this page familiarizes you with the concepts and terms involved in these trends. You may also see them mentioned on other pages on our website. You may want to bookmark this page so that you can refer back to it from time to time to understand the differences and see why it’s so important we approach the law from within Indigenous worldview.

Some attorneys and other individuals have gone so far as to believe we need new areas of law to protect the natural world. The following three legal fields are all similar but have distinguishing characteristics that are important to remember.

Indigenous law is a field I will be discussing quite a bit as we explore Indigenizing environmental law. First, you should know that it can actually mean different areas of law depending on who is using the term. Generally speaking, if it’s used in the US, it means Federal Indian Law, which covers treaties and statutes that govern Native American rights in the United States. If the term is used outside of the US, it usually means those laws which arise from Indigenous communities and worldview. Indigenous law in this context means law that comes from the Land through story, ceremony, dream, and other Indigenous ways of knowing. That definition is how we will be using it on our website. Indigenous law applies to the environment but it also applies to other areas of law, such as criminal law.

Wild law, earth law, and earth jurisprudence all attempt to recognize that the natural world is not property but is comprised of entities who have inherent rights. Wild Law and Earth Law, which can be used interchangeably, use legal tools such as drafting legislation and pursuing lawsuits in order to recognize and enforce these rights. Earth jurisprudence is the philosophical or theoretical discussion of law that concerns nature’s rights.

Ecological law attempts to resolve the lack of sufficient legal protection for the natural world by moving from the concept of environment to one of ecology. The concept is still only a few years old, so it’s still being defined. Currently, it is based on the idea of putting the concepts of ecological interdependencies and human-nature interrelationships into a legal framework in a way that helps the natural world.  Its focus is to find  a way to recognize the interdependence of all life and use ecological concepts as a foundation for this new type of law. 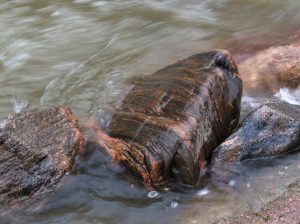 With the new areas of law come new legal concepts. One legal concept that has been garnering a lot of media attention lately is the rights of nature. This concept is largely discussed in wild law, earth law, and earth jurisprudence but it also exists in Indigenous law. One main difference to keep in mind is that Indigenous law recognizes that all law comes from the Land so of course all of the natural world has rights. There is no separation between humans and the rest of nature so there is no separation in who has and doesn’t have rights.

In wild law, earth law, and earth jurisprudence, the rights of nature is a primary focus because it’s seen as a better way for the natural world to be protected. Under current environmental law, a lawsuit can only be brought by someone who has standing, which means someone who is directly impacted by the law underlying the lawsuit. For example, a person who has cancer can bring a lawsuit claiming that a pesticide caused it. That person, however, can’t bring a lawsuit on behalf of the bugs killed by the pesticide. Or animals who were harmed or killed by ingesting poisoned insects or sprayed plants. Because most legal systems recognize animals and all of nature as property, they have no rights to sue. The legal concept of standing prevents people from suing on behalf of nature. A person, usually the government, can sue if an environmental law is violated. But what if no environmental law exists to protect that part of nature? Or what if the government chooses not to enforce that law? The rights of nature movement argues that nature is acknowledged as having rights, then there are legal grounds to enforce those rights on behalf nature itself. Where this argument has prevailed, a guardian is usually appointed to represent the natural entity, such as a river, and that guardian can bring a lawsuit on behalf of that entity.

Ecocide is a term recently popularized by the late Polly Higgins, a Scottish barrister who gave up her legal career to dedicate her life to advocate for the natural world and to find a way to protect it. The term ecocide was coined in the 1970s but it has recently entered the mainstream legal and environmental lexicon. It is being used in an attempt to compare the damage to the earth to the death of a person via homicide. Included in this definition is the criminal punishment of CEOs, governments, and others who engage in activities that injure and destroy the natural world. While a handful of countries are beginning to recognize ecocide, there is a larger campaign for the inclusion of ecocide in the Rome Statute of the International Criminal Court, which established that court in 2002. The Rome Statute includes the crimes of genocide, crimes against humanity, war crimes, and the crime of aggression. Despite numerous efforts, it does not currently include ecocide but there is a very strong push being made right now to include it. 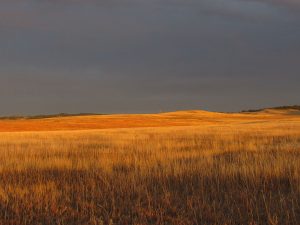 And now we come to some confusing terms that are being used by numerous people from many different disciplines. First, let’s get the term Natural Law out of the way. That term does not apply to any laws regarding the natural world. It concerns human nature, and it involves discussions about humans having inherent rights that don’t come from laws made by the government or society. It has been discussed for thousands of years but it does not apply at all to our discussions about environmental law or any of the other laws concerning the natural world.

The terms that do concern laws regarding the natural world are nature’s law, the laws of nature, and – stick with me here – natural laws. I know that last one makes you want to tear your hair out because I just wrote that natural law does not apply to nature. It doesn’t. But adding that “s” changes the terms enough so that natural laws do apply to nature. Natural law is, at its essence, a theory or philosophy. Natural laws are individual laws created by nature. Natural laws – and nature’s law and the laws of nature – include things like gravity.  They are laws that concern natural phenomenon. They are not created by humans and aren’t found in any legislation or a court ruling. They are immutable, and if broken, there are consequences. You hear Indigenous leaders, such as Oren Lyons, speak of these laws when they discuss nature’s laws and value change for survival.

We’ll dive more deeply into many of these terms and concepts as we examine environmental law and explore how Indigenizing it can help protect the Land.