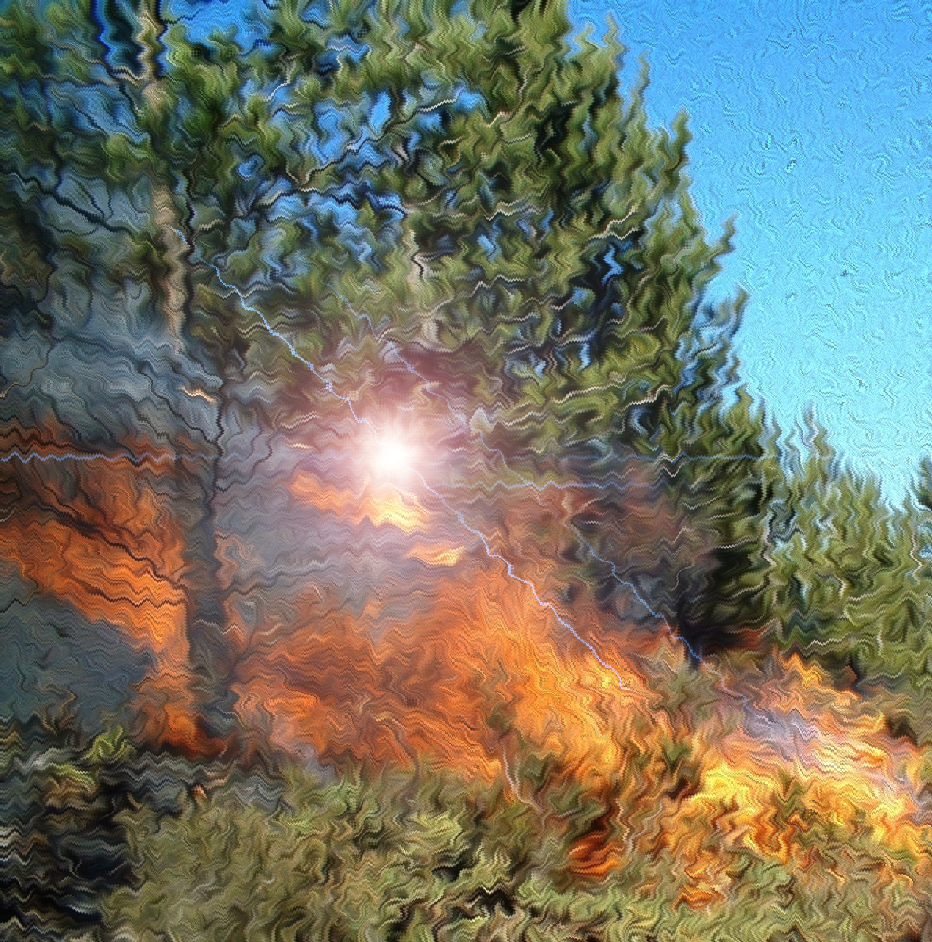 The summer the old grandmother turned 88 years old, she had a Dream. In this dream, she was standing outside her oldest daughter’s house, looking across the valley and up the slope towards the great stone that rose from the forest at the crest of the hill. She saw leaping tongues of red and yellow flames licking up between the dark shapes of the pines on the slope. She saw smoke spiraling upward into the blue sky. She saw soot staining the face of the great stone with broad smudges of black. In her Dream, the old grandmother feared for her family’s safety. She ran to the garden and turned on the water that fed the hose. She raised the hose towards the distant flames, as helpless a gesture as that seemed. When she did, a doe appeared. The gray mule deer’s long ears swiveled in alarm as she raised one forefoot to strike the hose from the grandmother’s hands. Surprised, the old woman took a step back. And then, staring into the doe’s dark eyes, Knowledge came to her. She still carried it when she woke up. 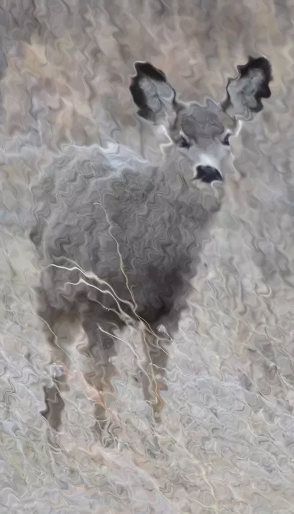 “Fire is coming here,” she told her family. “But it is a good thing, not a bad thing. It will make us feel sad, and we might lose our houses, but we must leave here and let the fire come. This is the only way things can ever be right again. It has to erase all the mistakes that have happened and start over.”

Her daughters and their husbands and all the grandchildren began to pack up their special things at once — the ceremony things passed down the generations and the family photographs, the special quilt a different grandmother had made and the baby shoes of the child that died too young, and of course the foods and dishes and clothes they would need to live for a while if their houses burned up. It took them three days to prepare, and when they sat down outside at the picnic tables under the trees in the yard to eat supper on that third evening, they knew they were as ready as they could be. The old grandmother said a prayer and spoke to the land where they and their ancestors had lived so long. She told them if they had to give it their houses so it could heal, they would do that. “We know,” she prayed, “that without the Land we have nothing. We can live without houses and chairs and televisions, but we can’t live without water and soil and air and plants. We understand it all has to heal somehow. The Deer told me this fire will heal the forest and the meadows here. We will let that happen. We are ready.”

The next day, they saw smoke rising from a fire several valleys away. They heard the sirens of the firefighters’ trucks. Then they heard the thunder of heavy equipment on the distant roads. That night the sky was red to the east, where the smoke had been. The wind picked up the next morning and began to blow hard in their direction. The smoke billowed in great clouds the color of clay. The sun shining through the smoke made all the shadows clay-colored rather than black. The air grew thick. The family decided the time had come to leave so the smoke would not harm their lungs, especially the children and the old people. They loaded their trucks, put their dogs into the cabs, and they left in a long caravan. They stopped at the mouth of their valley and the old grandmother got out. One of her tall young grandsons helped her climb down from the big pickup truck. She said a last prayer and sprinkled out tobacco on the ground, and lifted it onto the wind that was finally starting to blow smoke and embers over the crest of the ridge with the big stone. It wouldn’t be long before the things she had seen in her Dream came into this time and this reality. But she would not be there then, to try to fight the fire with a hose, or to have Deer knock the hose from her hands. She would be with her second daughter’s husband’s relatives in a town 200 miles away. 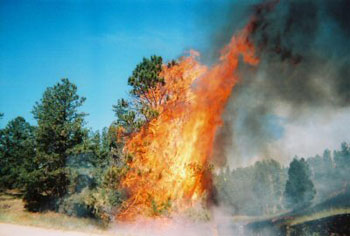 As the old woman prayed, she saw a ponderosa pine burst into flames like a candle on the distant slope. She closed her eyes and remembered her fire-warrior uncle’s tears. She felt her own tears dropping to the ground too. “It’s all right,” she said to the valley. “Do what you have to do. It is the Land that matters most. Without the Land, we cannot live. So it’s all right for you to heal yourself.”

Her family had gotten out of the trucks and they were standing with her. They put their arms beneath her trembling elbows so she would not fall. They knew she loved that valley very much. They all did. They had for many generations. Two of the dogs whined and then howled as they smelled the smoke coasting down the valley’s slopes on the late afternoon wind. The younger people helped their grandmother up the big step into the truck cab. They left without looking back. The grandmother began to sing a strong-heart song in a quavery voice and the others in the truck sang it with her. They put down their truck windows and drove close together. Soon everyone in all the trucks was singing the strong-heart song. It’s what you do.