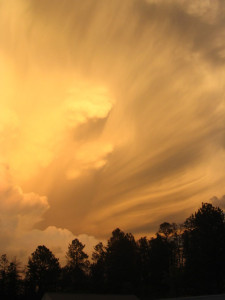 Indigenous cultures are those rooted in a specific place, usually one where their people have lived since long before historic times. Although some Indigenous people have been assimilated by contemporary culture, our use of the term refers specifically to those who retain unique non-modern connections to and relationship with the land. In modern times, when many Indigenous people have been uprooted from their traditional homelands, “Indigenous” may refer more to aspects of cultural worldview than to occupying of ancestral homeland.

Indigenous cultures are not “living fossils”, nor are they cultures whose power has been lost forever through assimilation into modern culture. Indigenous cultures survive around the world, usually in communities defined by environmental rather than geo-political boundaries. Indigenous people have adapted to modern challenges and innovations while holding tenaciously and courageously to their ways. The core of these ways is deeply connected to, and arises from, the Earth.

Worldview is a specific way of seeing the world, as is suggested by the word itself. The concept is comparable to paradigm, but much larger in breadth (affecting more people of a culture, more universally) and depth (affecting their assumptions about reality at fundamental levels below conscious awareness). Many people are familiar with the term “worldview” but haven’t considered its impact on their interactions with other people. Often, they also haven’t given much thought to the worldview they may hold as members of the dominant culture.

Programs of research and science education that are carried out within Indigenous worldview include Indigenous Science and Indigenous Research. Tapestry is deeply engaged in these important fields of inquiry.