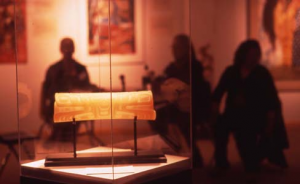 We use the word “Myth” to refer to stories and other expressions of art — including music, dance, film, and poetry — through which people share lived experiences that convey Knowledge. Myths convey these ideas to others through Mythic ways of knowing. Because the Knowledge is important to the entire community, Myths become part of a larger community storehouse of Knowledge. Stories that are simply “made up” therefore cannot be myth, because such stories would be individual rather than communal.

As you can see, the word “myth” is often used in daily conversation, among people of the dominant culture, in a way that means something very different from what we mean when we use it. This confusion is partially caused by the way people of contemporary modern culture have divided the world into “real” and “not-real” parts, and defined “real” things as being literally material. In the process, things that were once “art” and “story” became “just an imaginary picture” or “imaginary story” and therefore “just a myth.” Myths are not material, and neither is the Knowledge they express. But this does not render them fictional or meaningless.

Many Western scholars of myth, including Joseph Campbell, Clarissa Pinkola Estes, and Carl Jung, feel that important myths are universal because the source of their shared story and symbology is the common biological inheritance of humanity as a species. To people of many Indigenous cultures, however, important myths or stories express universal wisdom because they emerge from the very fabric of the Earth itself, rising from its stones and soils the same way living things do. To us, the source of universal myth and symbology is the Earth on which we all live rather than humans themselves.