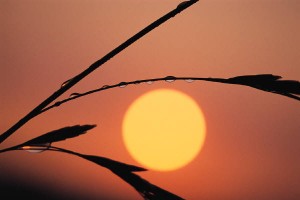 Jon Kabat-Zinn, Ph.D, Founder of the Stress Reduction Clinic at the University of Massachusetts Medical Center has stated, “The key to this path (mindfulness), which lies at the root of Buddhism, Taoism, and yoga, and which we also find in the works of people like Emerson, Thoreau, and Whitman, and in Native American wisdom, is an appreciation for the present moment and the cultivation of an intimate relationship with it through a continual attending to it with care and discernment. It is the direct opposite of taking life for granted.” Mindfulness has been incorporated into Western medicine over the last few decades because it produces remarkable results in treating conditions ranging from chronic pain to severe anxiety.

Mindful awareness has three major components: (1) being fully present in the moment, rather than focusing on either the past or the future; (2) being aware of the thoughts, emotions, and experiences that arise in that present moment; and (3) being nonjudgmental when those thoughts, emotions, and experiences arise. Mindful awareness, also called mindfulness, is found in many cultures worldwide. In traditional Indigenous cultures, mindful behavior is frequently seen as a normal and healthy part of proper living — one to which ceremony and the Land contribute. Frequently, a Tapestry collaborative group will fall silent as participants “sit with” (that’s the mindfulness community term) whatever is being discussed and simply wait to let Knowledge arise from within the situation. This can feel very awkward for people who might never have been in a situation with a rhythm that includes mindful silence and reflection. They can feel like something must be wrong that needs to be fixed, or that “someone needs to say something, anything,” to put things back on track somehow. It’s an understandable response — but a misguided one.

So we try to point clearly to the value and power of mindful awareness in Tapestry’s collaborative work. This gives people who engage in a mindful response the space to do so without feeling pushed to react in ways that are actually counterproductive. More important, it gives people who are new to mindfulness the opportunity to recognize it and then to try putting it into practice themselves. It’s not difficult. It just takes practice, and a deliberate intention to:

Thoughts, emotions, and experiences that arise in a mindful moment of openness are frequently a source of Knowledge. So the practice that people today call “mindful awareness” is actually an important type of Indigenous Knowledge acquistion that’s been recognized for millennia. Such Knowledge is seen as arising from relationships between the person and the things they’re thinking about or reflecting on, the person and the Land that’s participating in the process, the person and the other people who may be engaged in the process, and the person plus anything else that’s involved — for instance, a storm that is just outside the window, or a passage in a book the person has just read. So you can see why we say that even though instructions for mindfulness are frequently based on writings that originally came from Asian monastric traditions, the practice is a very important part of Indigenous Knowledge.

The nonjudgmental part of things in the  list we’ve shared, above, is particularly important to this process as we use it in our collaborative meetings. It is our own personal and internal voices of judgment and criticism that usually edit our most creative insights out of existence before we ever even share them with someone else. That’s because the most creative ways of seeing things usually strike all of us as “silly” or “strange” or even “crazy” at first. This is simply because they are SO creative that they’re wildly different from what we expected. But this is precisely why those thoughts are so valuable.

Is every single thought that arises in such a situation valuable? No. But the only way to find the extraordinary ones that are is to receive and examine each without judgment — with openness and a sense of curiosity instead. That open sense of curiosity is the heart of mindfulness.

If you’d like to explore Indigenous mindfulness through more clinically-oriented resources, as opposed to our approach to mindfulness as part of traditional Indigenous Knowledge acquisition, you may appreciate these program websites by Gary Hutton (Cree), or Dr. Michael Yellow Bird (Mandan, Hidatsa, Arikara), or this oveview by the non-Indigneous mindfulness instructor Catharine Hannay.