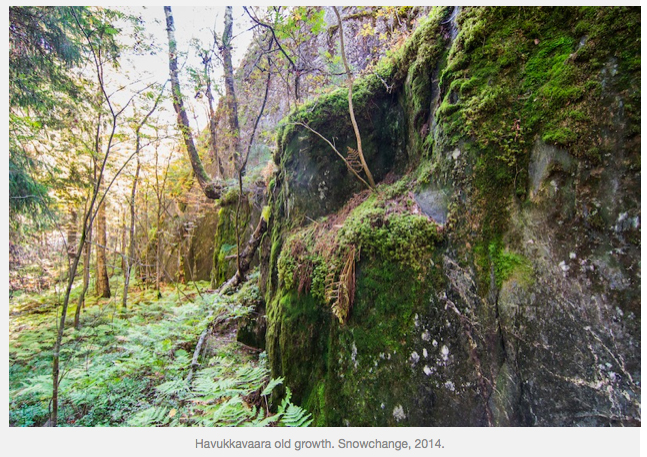 Indigenous peoples live all over the world, and everywhere they have deep ties to the Land. Indigenous and traditional peoples still living in Europe, such as the Finns and Karelians, comprise the root stock of many people living in North America today. Their continuing relationship with the ancient boreal forests of Scandinavia play out to this day in Americans’ love of towering evergreens among lush ferns, great moss-covered stones in silent dells, the haunting calls of loons and owls, and the slipping forms of bear and lynx glimpsed in the patterns of light and shadow between the trees. Such forests are part of the deepest genetic heritage of Americans of European descent. They are written into their bones as deeply as the great grey stones of Scandinavia are written into the landscape of Finland and Sweden.

The local Finnish and Karelian people still live and still carry out rich cultural traditions that depend upon and exist in reciprocity with this very forest. They have survived changes in national boundaries, governing bodies, political conflict, and war. They preserve traditional, regional knowledge about the land, water, woods, and animals that is so precious it’s being preserved in documentary films and protected by international accords. And until now, the forests that are an integral part of their lives have survived the changing world with them. But now that forest is threatened with annihilation at the hands of the logging company Metsähallitus.

The last of the unprotected boreal forests in the Finnish-Karelian homeland area of Selkie is targeted for total destruction. International outcry about these plans has already caused Metsähallitus to begin a campaign of self-defense that is comprised of half-truths and outright lies. On their own website they admit that: “The Ostola forest, in Kontiolahti, Finland has raised international attention because of Metsähallitus’ management plans in the area.” But they then go on to say that “The area has recently been evaluated for its nature values when we planned and completed a new national initiative

covering 14 700 ha of new conservation area. The Ostola area was not included in the program because of its small size and relatively low biodiversity values. However, the natural values of the area are not threatened by forest activities. Metsähallitus is not planning any logging or other forest management measures for the Ostola forest during the next 15 years. Metsähallitus is ready to elaborate the management plan and future use of the area with local stakeholders.”

It is wrong for a corporation to intentionally misrepresent the truth this way.

Metsähallitus has short-term plans to clear-cut the Ostola forest and have only engaged in “management planning” with “local stakeholders” — meaning the local Finnish and Karelian people who have lived on this land, in this forest that is their homeland, for millenia — as they have been forced to, inch by inch, under pressure from the international community. Over the past few years they have clear-cut logged large tracts of the remaining boreal forests across Scandinavia, removing even the stumps from the ground so that not even enough biological material remains to fuel the growth of new ground plants. Their track record clearly show the trajectory of their actions in the immediate future: they plan to clear-cut this forest with impunity and arrogance.

Further, Metsähallitus’ statement that the region in question was not preserved because of its “relatively low biodiversity values” is also a lie. They know it has high biodiversity. It is in places of high biodiversity overall that a forest ecosystem is rich enough to produce the kinds of trees that are healthiest, largest, and most valuable to a logging company. Of course, logging companies do not care that this is a resource that can be harvested only once in all of history, after which the diversity is gone and the chance to get such high quality lumber is gone with it. They just move on to yet another pristine old-growth forest and take that as well, while the people left behind — people who have lived an intimate relationship with the forest that is now a pile of splintered branches and topsoil-stripped barrens gouged by the treads of heavy equipment — have had their very lives ripped away.

All this so a single logging company can make a profit any way it chooses, no matter who or what it destroys in the process, just because it thinks it can get away with it.

DON’T LET THEM. YOU can help stop this logging action! You can do it today, and must act quickly. Already the lines are being drawn up to either side, and decisions will be made about what happens to this forest within a matter of days. This particular forest, called Ostola forest, is seeking to be included in the international, UN-recognized network of “Indigenous and Local Community Conserved Areas.” But we need time. We need to protect the forest from total destruction through clear-cutting until this can happen.

Email the following people at Metsähallitus and voice your concern and outrage that they would threaten this precious resource that is part of everyone’s heritage and birthright. Four sample letters with identical text, addressed to each of the four people listed below and with their email addresses at the top of the page, can be downloaded as a .docx in the link next to each name. If you cannot use this format, email to request a different file type. Please feel free to use this letter as is or to reframe it as you find most appropriate and expressive of your own feelings.

READ MORE about this situation on the website for Snowchange, a Finnish – Karelian-based organization in Finland

PLEASE SHARE this information using the links to social media on this page. And please HURRY. There is little time to act before this forest is destroyed forever. 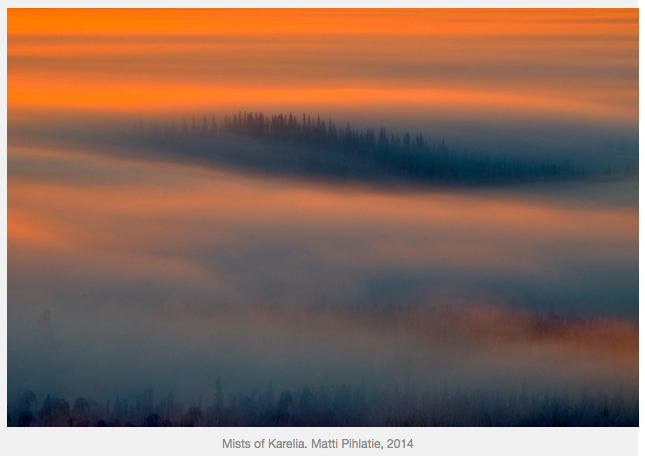