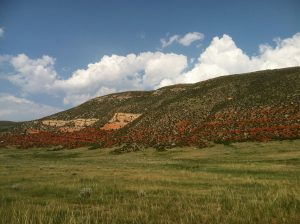 As Earth Day approaches this Friday, April 22, 2016, you may be reading a lot about Western culture’s disconnection from the natural world.  You may wonder why Western culture became disconnected from the natural world all around it.  The Mythic Roots of Western Culture’s Alienation from Nature, written and published by Dawn Hill Adams, Ph.D. (Choctaw Nation of Oklahoma) and Jo Belasco, Esq. in the Tapestry Institute Occasional Papers, Volume 1, Number 3, July 31, 2015, provides powerful insight concerning this disconnection.

“This paper uses Mythic Ways of Knowing as a powerful tool to explore and analyze Western culture’s relationship to nature. We describe and document the presence of two primary views of nature, four motifs of human-nature relationship, and an important mythic story called ‘Dark Forest, Fiery Desert’ that’s been told by and for people of Western culture for over 4000 years. We identify and define humanus and humana in Western culture’s mythic stories and actions, as parts of the human psyche that perceive nature in fundamentally different ways. We also recognize the part of human psyche that sees nature holistically, discovering its voice in the same Mythic stories used to identify humanus and humana. We designate this very significant part of the human psyche the nana moma.”

You can read the paper in its entirety here.